Shift-Left API Security: Protect your APIs Before Releasing to the Cloud

APIs are essential to software development and innovation but they are – by their very nature – a critical component in the application attack surface. An entire industry has popped up focused solely on API Security and there is even an OWASP API Security Project, with its own list of Top 10 vulnerabilities and risks.

But despite the Shift Left movement in Application Security, API discovery, governance, testing, and observability have remained firmly in the realm of production systems. It’s time to uncover, prioritize, and remediate API Security risks before they reach production by adopting a Shift Left approach.

This means involving not only API and Cloud Security experts but AppSec and Developers as well so you can protect your APIs from design to development before releasing to the cloud. 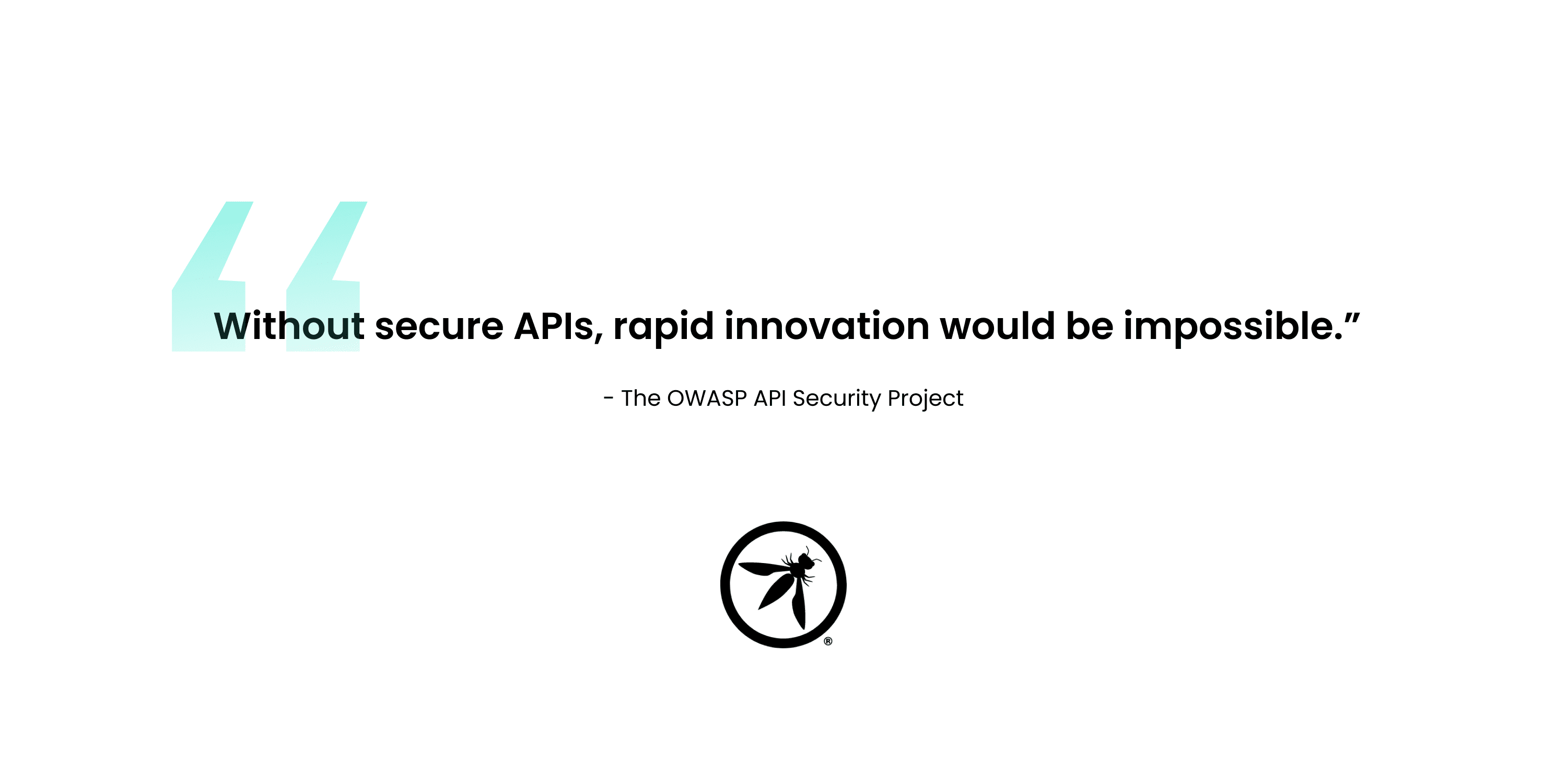 Existing API Security approaches have rapidly transformed from “good enough” to “unacceptable” as breaches continue to pile up:

The Problem with Traditional API Security

Cloud Security professionals cannot resolve the problem alone. In “API Security: What You Need to Do to Protect Your APIs”, Gartner states:

“Despite growing awareness of API security, breaches continue to occur. API management and web application firewall vendors, as well as new startups, are addressing the problem. But application leaders independently must design and execute an effective API security strategy to protect their APIs.”*

API Gateways provide capabilities such as authentication, authorization, and input validation controls when publishing  APIs. But existing tools fall short in the area of API discovery, classification, observability early in the SDLC with the ability to block risks from being deployed to the cloud.

API Security Starts at the Design

Security design patterns that are often neglected in APIs can include:

In order to address the limitations of traditional API Gateways and other production-time tools, Application Security professionals can leverage both Infrastructure-as-Code (IaC) and context from across the SDLC to make more informed – and earlier – decisions about API risks.

Understanding the impact of changes to an application is essential to Application and Product Security. In order to understand the impact of a change, a security professional must be able to understand the full context of the system from cloud configuration settings and API security controls to the code itself. API Security cannot remain a standalone function. It is one element in a list of data points that extend throughout the SDLC. According to Gartner: 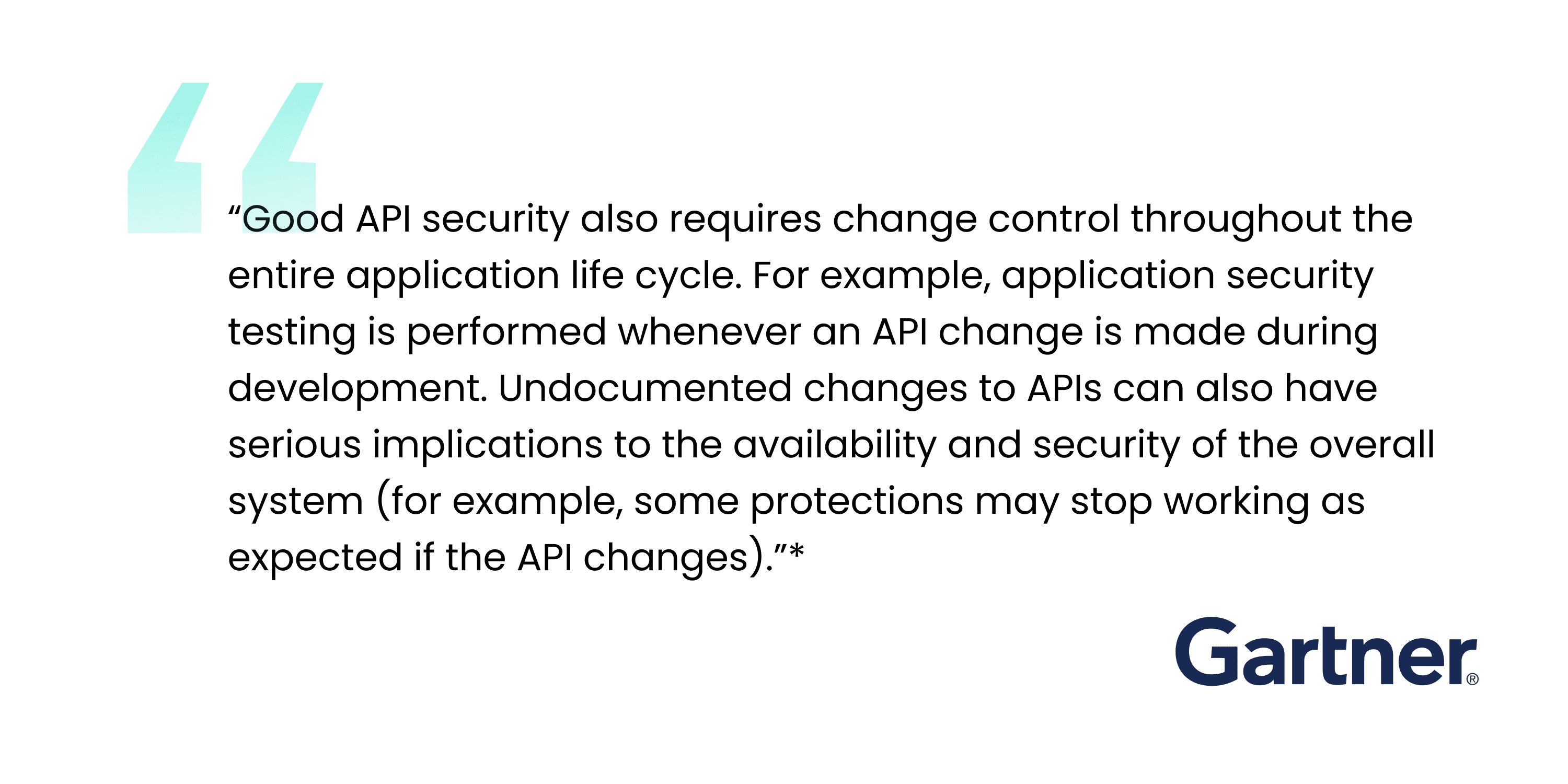 Application Security professionals need to be able to tie all Infra-as-Code and API changes to the correct repository, commit, Pull Request, Jira ticket and developer to understand all the context and see a full history of all changes, who requested them and why.

In addition, a change doesn’t have to be to an API to affect the security of an API! If application code is modified to store new types of data, the risk of individual APIs may increase significantly. True end-to-end API Security requires a risk-based view that extends across the entire SDLC.

Connect Apiiro to your source control manager and API gateways in minutes via read-only API   to discover all your APIs and remediate security issues before releasing to the cloud, create a user and start a free trial.!

* Gartner, Inc. “API Security: What You Need to Do to Protect Your APIs.” Mark O’Neill, Dionisio Zumerle, and Jeremy D’Hoinne. 1 March 2021.